You may have noticed we have never posted about Tumblr on our page before. Nor do we discuss this site with children. We have always pointed out to parents to be aware of Tumblr though, during our face to face presentations.

The reason for this is that we work hard to not introduce harmful sites or content to children.

We are posting about it now because the ban takes effect on December 17 and “primarily includes photos, videos, or GIFs that show….” (read more I’m attached article)

Why is this awesome news?

Because extreme adult content has been easily accessible on this site since the site launched in 2007 and due to the fact that content was “user-generated” there has been little to no monitoring, governing or regulating of the content, therefore making way for extremely violent and abusive content including child exploitation material.

The lack of regulating also extended to the “report abuse” option being usually non-functioning.

If you have attended a parent or teacher awareness presentation of ours, you would have heard my warnings to keep children away from this site.

Despite their new-found interest in restricting this content, it WASN’T due to their belief that they should take action – Tumblr was FORCED to take action due to Apple booting their app from the App Store when they were notified that child exploitation material had surfaced on the site.

A small win towards #safersocialmedia 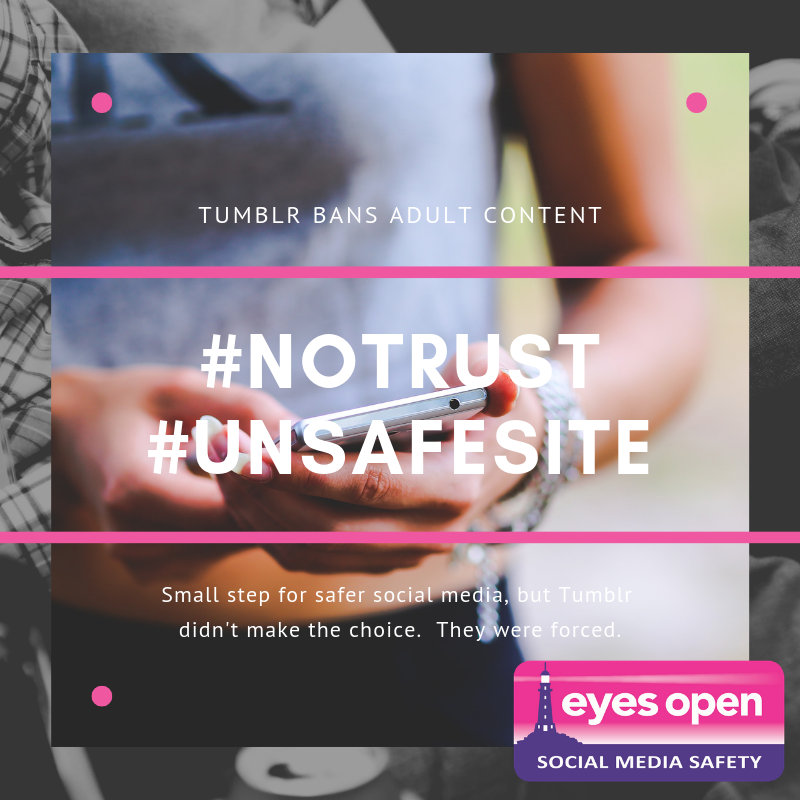